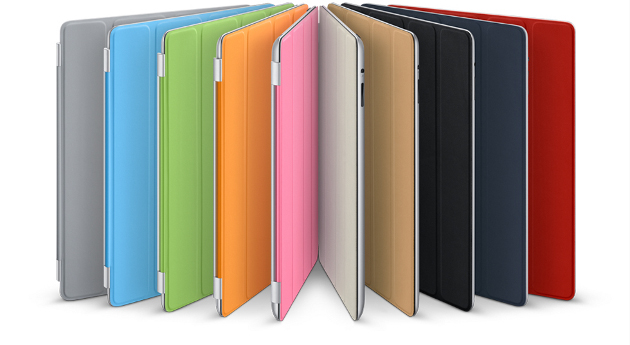 Despite Apple’s previous reservations regarding wireless charging stations, there’s still a chance we could see the company release one of its own soon. While it probably won’t happen as soon as the next iPad launch, it may not be too far off. According to recent reports, Apple’s newly discovered patent (filed in 2011) may indicate future versions of the iPad Smart Cover could very well be upgraded to incorporate wireless charging capabilities.

Wireless charging is by no means a groundbreaking, brand new thing. As recombu points out, we’ve already seen other companies like Nokia use it in some of its devices: “Slowly but surely, wireless charging is becoming more mainstream, with brands like Powermat creating a myriad of wireless charging accessories for consumers’ existing choice tech and more recently the likes of Nokia have integrated a Qi-standard wireless charging system into a number of their latest Lumias. This most recent discovery however suggests that Apple might now be onboard [sic] with wireless charging too.”

According to tech site Engadget, this particular patent is currently being looked at by the USPTO. It shows an iPad Smart Cover with an inductive power transmitter, which purportedly corresponds to an integrated coil. The wireless charging system would supposedly be activated by magnetic attachments intended for optimal charging while on the go. There’s certainly plenty of room for speculation here, and it’s unclear whether or not anything will actually happen with this, but it would seem there is a demand for it, at least on some level.

There’s also been talk recently of Apple introducing wireless charging capabilities with its iPhone 5S, but that seems highly unlikely. The rumor hasn’t been shot down completely, but it’s highly unlikely, given that industry watchers believe that 2013 is going to be more of an “S” year for Apple (meaning that it will focus on minor updates and improvements, rather than a total overhaul).

Apple is rumored to release its iPad 5 sometime in April along with its iPad mini 2; the iPhone 5S and iPhone 6 are expected to launch later this year.