Tektos, a Hong Kong based company, has announced Qimini™, a new wireless charging plate based on the Qi Wireless standard. Qimini™ is equipped with a folding USB cable allowing it to work seamlessly with a computer or any USB power source. Their vision, they say, is to make Qimini™ a greatly universal wireless charging device that are accessible anytime and anywhere. 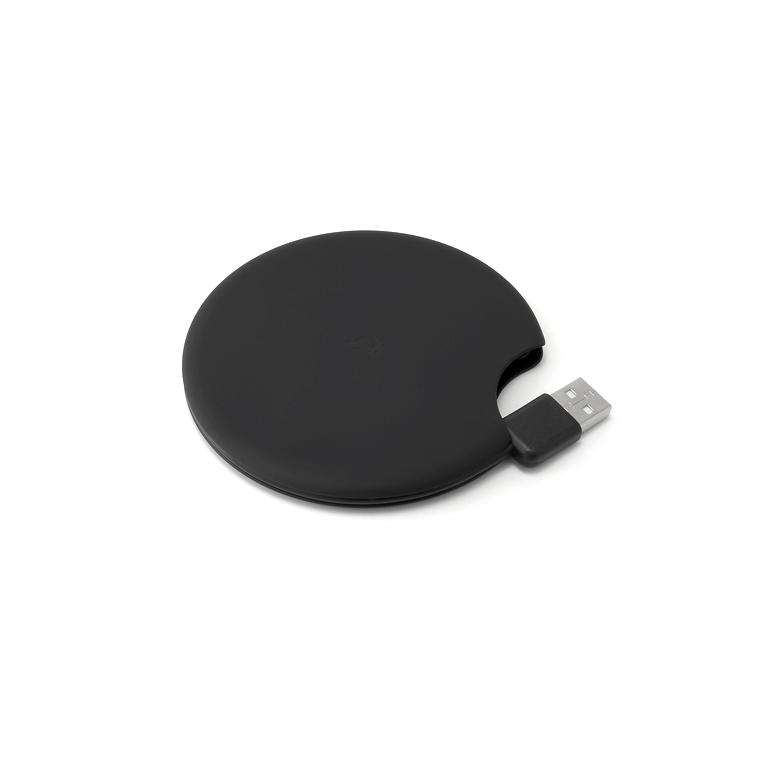 As the pictures suggest, Qimini comes in a sleek tiny design, making it the world’s thinnest wireless charging plate to date. It will be available in four colors: Black, Ivory (white), Emerald (green) and Dragon Fruit (red). From their spec sheet: “With its thickness of only 9mm, all components have been carefully designed to function powerfully in a small package. We paid attention to every detail to bring a beautifully designed product. Not to mention it’s so tiny that it ﬁts perfectly almost anywhere.”

We hope to see Qimini™ launched soon, pricing and availability haven’t been announced yet.