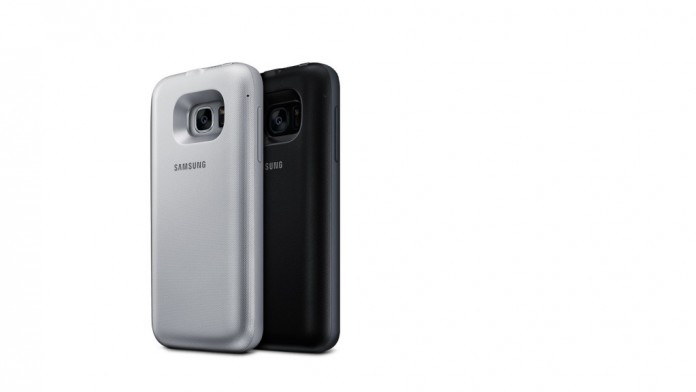 Both the Samsung Galaxy S7 and S7 Edge will have a battery case available straight from Samsung. The usual tradeoff of weight and size is still there as expected. With the normal tradeoffs comes new features we haven’t seen yet in a battery case.

Samsung’s new battery case does not plug itself to the phone to charge it up, instead it uses Qi wireless charging to transmit power from the case to the phone. It’s quite a neat idea since it keeps the case clean and lessens the wear and tear for the Galaxy S7 port.

The case will add 2700mAh of juice to the Samsung Galaxy S7 and 3100mAh for the S7 Edge version. The price isn’t announced yet and its availability but expect to be able to see it where ever you can buy the new Samsung Galaxy S7.