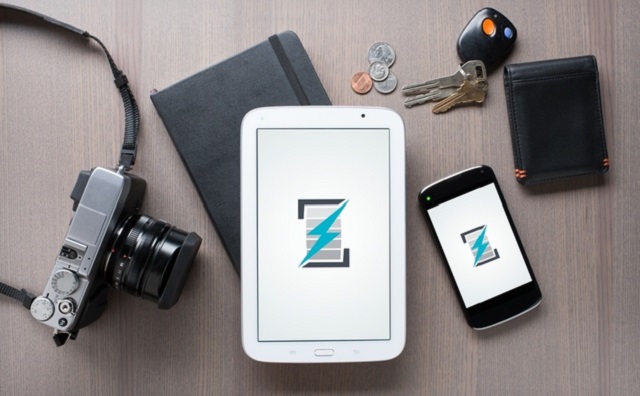 The fragmented world of wireless chargers is getting a little order, which means you will be able to place any phone down on a charging station and top off your battery — well, eventually.
Two of the three major wireless charging groups, the Alliance for Wireless Power (A4WP) and the Power Matters Alliance (PMA), have signed an agreement to ensure that their two standards will work together. By coming together with a common certification for the two different technologies, the groups hope to spur the inclusion of wireless technology in more devices.
“We believe that companies that have been evaluating and hesitating to integrate wireless charging into their consumer electronics products will now have a reason to go forward,” said Kamil Grajski, president of the A4WP and an executive with Qualcomm.

For the consumer, this potentially means more devices with wireless charging packed in, which remains a rarity, with select companies such as Nokia and LG Electronics opting to employ the feature in a few of their phones. The feature has languished due to a lack of universal compatibility and a confusing number of different groups.

But wireless charging fans will still need to exercise some patience. The partnership between the PMA and A4WP doesn’t mean that their rival technologies will operate with each other, only that they will be able to sit alongside one other and play nice.

And there remain hurdles to completely universal wireless charging. Most of those phones are using a standard called Qi, championed by the Wireless Power Consortium (WPC), now the odd man out. The PMA’s own standard is used at select locations of chains such as Starbucks and McDonald’s, as well as in phone cases.

The A4WP’s Rezence standard is based off next-generation wireless charging technology called magnetic resonance that won’t hit the mass market for a while. The PMA and WPC use inductive charging to power their respective standards.

Still, that the PMA and A4WP were willing to strike a deal could signal that the WPC could eventually be brought into the fold.

Grajski declined to comment on what the WPC would do, but noted that he believed Tuesday’s announcement was just the first step in consolidation in the field.

Wireless charging started to see some clarity in the latter half of 2013 as marquee companies began joining multiple groups. Qualcomm, a big proponent of the A4WP, joined both the WPC and PMA, while Samsung Electronics, another A4WP proponent, backed a startup that uses Qi.

With the wireless charging standards consolidating, Apple, the other big smartphone player, may finally commit to putting the feature into its phones. Grajski said he didn’t know what Apple had planned for its next phone, but he hoped the consolidation would encourage all companies to take a closer look at wireless charging.

Further clarifying the future of wireless charging, the A4WP also announced that WiTricity, a startup that’s focused solely on magnetic resonance technology and holds many essential patents in the area, is joining the group. At the Consumer Electronics Show, the company showed off a wireless charging system for the iPhone 5 and iPhone 5S (iPhones can be wirelessly charged through covers), and said it would develop a reference device that would be made available to the A4WP group.

“By taking an active role in the A4WP, we aim to accelerate the adoption of WiTricity’s technology in the electronics that consumers rely on every day, and we’re excited to lead the way to a wireless tomorrow,” WiTricity CEO Eric Giler said in a statement.