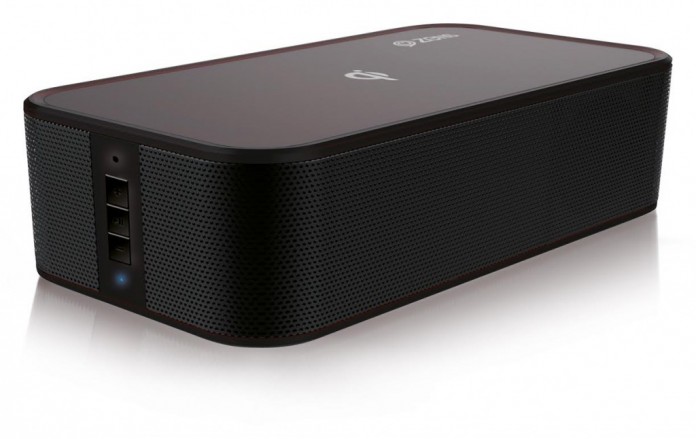 ZENS is one of the driving forces to get wireless charging to more people, and now they have just announced their new products, the Qi Wireless Portable Audio Speaker and Qi Wireless Power Bank. Let’s first take a look at the power bank.

The ZENS Qi Wireless Power Bank has a very slim figure which packs a 4,500mAh battery capacity for on-the-go charging. This is a Qi-enabled wireless charger which means any Qi-enabled device can simply be charged by placing it on top. The power bank also offers a USB port to charge other devices that are not Qi-enabled. One great thing about this wireless power bank though is that you can charge one device wirelessly, and another device through the USB port at the same time. It also comes with a USB adapter for it to be charged through a USB port or a wall socket.

Their new wireless portable speaker has the same specifications the power bank has regarding its portable battery. The looks of the speaker though is much larger than the power bank but still keeps its sleek design. The speakers have twin 5w drivers, which your devices can connect to through either Bluetooth or by NFC pairing